Breakaway Football is the culmination of about 9 months of almost daily design and development. We have poured nearly one thousand design hours and scores of play-testing hours into making the game simple and fun.

My first passion is football. I have coached high school tackle and flag for boys and girls ages 13-18. I have also coached adult flag and even a year in a professional women’s tackle football league. My second passion is tabletop gaming. I recall as a pre-teen and teenager playing NFL Quarterback and Strat-o-Matic Football with my friends. So when I decided to start a board game publishing company, my first thought (naturally) was to make a football-themed board game.

But make no mistake – Breakaway Football is an abstract strategy game. The same way you don’t need a degree in Military Science to play Chess or Stratego, you don’t need medical training to play Pandemic, and no astronaut training to play Terraforming Mars. For Breakaway Football, you don’t need to be a former coach. The game mechanisms are deliberately simple – placing cards on a board and performing single-digit arithmetic. Breakaway Football is remarkable for what it does NOT contain – no dice, no spinners, no complex charts to consult, no unique players with rankings, no first down chain, no yards for that matter – and yet the play experience (whatever your football background) feels like you are coaching football.

Breakaway Football is coming to Kickstarter in September 2016. How the heck did we get here? It’s been quite a journey.

The initial (unnamed) concept was intended to be a realistic simulation of football coaching. Players would roll and place dice onto play cards with diagrams and grids (stay with me) and figure out the yardage based on your choice within the play. It was a hybrid of being a player and a coach…and it was complex…and doesn’t Strat-o-Matic Football already exist anyhow?

I showed my design-in-progress to my design partner, Mark Burlet, who like the idea but pointed out that it was too complex for folks not immersed in football strategy. (Mark is the “Developer” of the group.) He envisioned a game on the opposite side of the spectrum, a simple trick-taking card game, no dice, just cards. I liked the simplicity of play proposed and accepted his challenge – we would design a game (at the time called “Lightning Bowl”) that would quickly model football decisions but only via playing cards. But after a few trials, we decided trick-taking did not give the player the feeling and play experience of coaching football, so we went back to the drawing board.

My design process is to start with player experience and work backward from that, selecting game mechanisms that support/create the desired experience. So our first design decision: football plausible decision-making was essential, but not football plausible-results. What I mean by this is… well…football is a really fun sport, both to play and to watch. But it can be rather intricate and fiddly in real life. There are a lot of moving parts – yardage, penalties, multiple Offense and Defense philosophies, variable skill in players, etc. Plus, a real football game takes 3+ hours to play in real time. There are too many challenges for a board game to faithfully replicate. And, honestly, didn’t we already establish that Strat-o-Matic Football is out there to scratch that itch? To differentiate our game from other football-themed games, we focused on the experience of being the Head Coach, the primary strategist and play caller. As a result, we decided to de-emphasize the football player as an influence in the game. Instead, it was all about coaching strategy.

Plenty of football games use different plays, as they should. But in looking for what is new and exciting, we made some key decisions that differentiate our game from other football-themed games.

Using strategy requires different plays with distinct advantages and disadvantages. I decided to diagram realistic plays two-to-a-card. I wanted the chance to change my mind at the line of scrimmage – to call one play and then wave it off in favor of a 2nd, superior play. It occurred to me that mirrored plays printed upside down would allow me to rotate the card to change my play, instead of swapping cards, which I deemed too fiddly. Simply rotating a card 180 degrees was a simple way to change my strategy, and it could offer a deeper level of heuristics for football fanatics. That was a decision made weeks into the design process, and it has endured throughout the drafts of the design as a core differentiator. It is also really fun to catch your opponent off guard! But no one was certain it would work until we play-tested it.

Enter our next designer, Michael Caplan. Mike was instrumental in building our first Alpha prototypes and working through the central conceit of the game – to reduce the fiddly nature of real football, to compress and simplify the experience of the game without losing the essence of football. We started with distance, commonly called yardage. In football, the field is 100 yards long with two 10-yard end zones. Naturally to replicate the real scope, you need a decent-size board. But handling 1-yard increments can be tedious. I thought back to some of my favorite football video games and recalled they all have a “Super Sim” function, whereby the action of the game is compressed into a smaller timeframe. It occurred to me that by divorcing yardage from football, and instead treating distance as simply a representative part of the whole field length, I could retain the relative success of a short pass when compared to a long pass – distilling the essence of football without forcing people to count in small increments or single yards. The result was blocks of 5 yards, which is how the board eventually came to be twenty blocks long.

The initial concept, though, was even more abstract – we used a cribbage board as the football field and moved a peg up and down the board to simulate distance gained. It was quite elegant – the initial board length was 15 pegs, seven on either side and a center midfield peg. In the Alpha prototype stage, we modeled this several times and showed you did not need actual yardage to simulate football plays gaining distance. So, quite early in the design process, we embraced the abstraction and removed the constraint of yardage.

We also jettisoned on-the-field players almost immediately, since the focus was on the strategic decisions of the Head Coach. This decision was circled back several times to ensure it was the right direction. (In our design process, we rarely settle on our first choice without testing every possible alternative.) It is hard to remove the variety of human skill and the randomness of real football from a game, however abstract, and call it “football.” In the first two Alpha test plays, we saw good back-and-forth action and clearly spotted the fun of the game. But something was missing, and it was the inherent variables that people bring to the equation.

Enter our next designer, Ben Jennings, who came up with an innovative way to solve this problem within our constraints. Ben envisioned the Game Day deck, essentially a programmed set of random events and results that would, when shuffled, provide excellent replayability while still injecting realistic probability into the game. Conceptually sound, executing that simple idea proved quite a significant task. Ben’s first prototype stuck close to the spirit of randomness, which slowed the game significantly and added more math (not typically a good thing). We noticed that it was possible to simplify the approach by limiting the information on the card, which ultimately led to the design we approved – a single Play Event in the center flanked by four corners of useful, situation-specific data that can affect the outcome. But on any given flip of the card, you are looking for one specific spot. This way we took a 70-card deck and created 350 possible outcomes, all balanced to align with real-world football probability.

When building the Game Day deck, spreadsheets were my friend! Once we had a layout that worked, creating the proper likelihood of a certain result appearing was simple probability. I researched the percentages of occurrences in the NFL – things like Field Goal percentages from different distances, average punt length, Hail Mary success rates from different spots on the field, average kickoff return distance, etc. The results of my research? I had hard targets to shoot for in the Game Day deck – the rest was tinkering with values to get the probability just so.

With a core design in hand, we started test play. And that is a whole other story that we will call “Development”…and save for our next post.

The good folks at Board Game Quest named Breakaway Football as a Top Game of 2021! Read the article here. Uplink […] 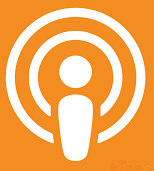 Uplink Underground’s own Arthur Franz appeared on a couple recent podcasts to talk about our projects and game design in general. Check […]

This is a question we recently posed to ourselves, and to the world in general: Why is there not a quality Mardi […]

One thought on “Breakaway Football – Origins and Design”